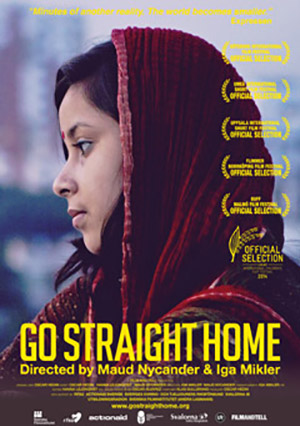 Reba is 14 and she lives with her family in Dhaka. Her family doesn’t belong to the poorest and not the rich. On her way to school she is often harassed by groups of boys who shout after her, and sometimes strange men will follow her, making her feel very uncomfortable. It’s part of everyday life in Bangladesh for young girls and women. In Reba’s school class four girls have already been forced to marry, and only one of the girls married out of love. Reba’s family might have to marry her off too if they can’t afford her education. Her mother wants her to continue her studies and get the education that wasn’t possible for herself. Reba wants that too. She loves going to school, but what she reads in the papers about acid attacks and women being raped on the streets scares her. Yet she won’t give up. When school is finished for the day Reba’s mum tells her to “look down, talk to no one and go straight home”.